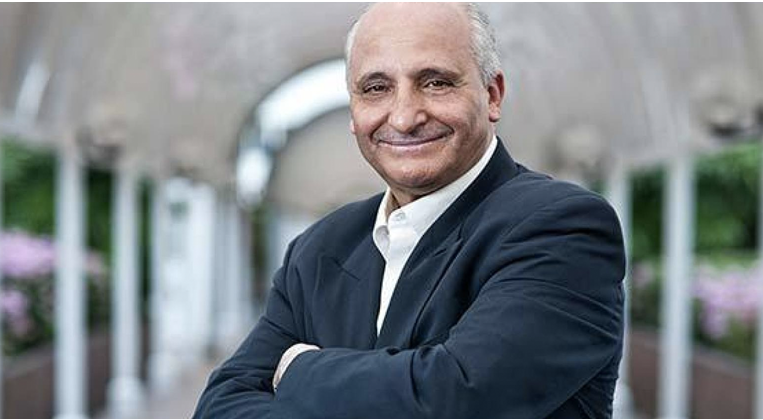 Scientist Rachid Yazami is best known for inventing the electrode that gave us the lithium battery.

Rabat – While talking with scientist Rachid Yazami, a Fez native and world-renowned battery researcher, one does not feel overpowered by the aura of a man whose inventions are used by billions of people each day.

Instead, Yazami is warm and easy to talk to, repeatedly expressing gratitude for the opportunities he’s had and the people who’ve helped him along the way.

Yazami is best known for inventing the graphite anode, which, after more than 30 years since it was first patented, is still the number one electrode used in rechargeable lithium batteries. Lithium batteries are used in cell phones, laptops, cameras, and other technology that much of society uses every day.

A curious child, Yazami shared that he had his own home-lab by the age of 10. He remembers going for walks in the countryside, collecting rocks, and bringing them home to analyze their compositions.

His initial interest in geology waned as he entered his teenage years and he was instead drawn towards chemistry – creating hydrogen out of metal powders and acids, filling balloons to watch them fly.

Around the same time, a chemistry and physics professor noticed the scientist’s passion for science and motivation to discover, which he described as a turning point in his life.

“One day he pointed his finger [at] me and said, ‘Rachid you will be a chemist,’” Yazami said, and laughed.

Yazami recalled this memory more than 10 years later while choosing his degree major at France’s Grenoble National Institute of Technology.

“I had this picture of this professor pointing his finger to me telling me I would be a chemist so I said, ‘I would like to go into chemistry.’”

Yazami, who had high academic rankings, surprised advisors when he chose this over a more prestigious route, like computer science – a decision he never regretted since it led him to invent the lithium-ion batteries society relies on today.

The good and the bad: people along the way

Yazami said he was grateful for the opportunity to work with a diverse group of people throughout his career – whether in Morocco, France, Japan, the US, or Singapore.

“You have to trust yourself, that’s very important, and also recognize the people who play a role in your life and never forget them,” he said.

While Yazami said he was lucky to meet the right people at the right time, not everyone was supportive. Throughout his career he faced multiple barriers, though one instance early on stood out in particular.

Yazami first discovered the graphite anode just one year into his PhD program, but, after presenting his idea at an international meeting in France, the head of a major company told him there was no commercial potential.

“He looked at my poster, he looked at me, and he said, ‘you are wasting your time.’ That was a very discouraging comment – I could be depressed after this,” Yazami said, adding that the man was well known internationally and had written the first book on lithium batteries.

“‘But still I said, ‘well, okay, I respect his opinion, but I will be happy to show him that he is wrong – not me. And in the end, he was wrong,” he added.

Yazami’s patent for the graphite anode is now worth $15 billion annually.

Despite difficulties along the way he always managed to achieve what he wanted – a testament to Yazami’s character, who was happy to say he has never been very discouraged.

The scientist is rightfully proud of his achievements and their ongoing role in society, but also light-hearted, and laughs as he shares that everyone using a cell phone owes him something.

“They are all using my invention. If everyone gave me one cent I would be a multi-billionaire,” he said jokingly.

A career path characterized by a dare to discover

As Yazami summarized the path he took to get where he is today – describing his masters, his PhD, entering the workforce, and expanding his career experience from researcher to professor to entrepreneur – he mixed invaluable lessons he’s learned along the way.

While he says he is “blessed” to have had a chance to work with prestigious institutions, daring to try new things in and out of work characterized his career and allowed him to capitalize on opportunities that ultimately granted him both success in work and a chance to learn about new people and cultures.

After receiving his PhD, the  scientist was admitted to the French National Center for Scientific Research (CNRS), ultimately moving up the ranks to become the CNRS Director of Research in 1998, a position he has held for the last 40 years.

Throughout his time at CNRS, he took advantage of opportunities to travel and research in new places – a year in Japan, ten years in the US working with CalTech and NASA, and now in Singapore, where he has resided since 2010.

“I was always open to new adventures,” he said. “This is all about being curious and also having the will to do something different.”

Colleagues had been pushing Yazami to try his hand in the business world, and while he was initially resistant to the idea, in 2006 he took on this adventure, too, co-founding CFX Battery Inc., decided he’s a fan of entrepreneurship, and now advises multiple other corporations in addition to his own ongoing research with CNRS.

Entering retirement, but not ending his career

After approximately 150 patents and co-authoring 230 peer-reviewed scientific papers, Yazami is retiring from his current position at CNRS next week.

For most people, retirement means more free time to spend doing activities one didn’t always have time for while working. For Yazami this might mean traveling, enjoying a particularly good meal out with friends, or joining in a game of football – which he’s played for 61 years since he was 5.

But the scientist emphasizes that his life probably won’t change – much of his other work will continue and his determination to contribute to society and make batteries even more friendly to us is as strong as ever.

“Retirement is the last page of one book, but it’s not the end of the series,” he said.

Improving battery safety is his top priority nowadays, but finding ways to better existing batteries so they charge faster and last longer, with hopes of reducing pollution is also important to Yazami.

As he enters retirement, he is still searching for ways to help more people and specifically hopes to improve lives within Morocco, especially in his home village North of Fez, where he’s started programs that promote women’s education.

Although he has only been back to Morocco for visits since leaving to study in France, after receiving the Draper Prize, equivalent to a Nobel Prize of engineering, and a Royal Medal from Morocco’s King Mohammed VI in 2014, Yazami said he’s “suddenly become more popular” in his home country and has been visiting more frequently.

Yazami emphasized that family has always been most important to him and described his parents’ pride following these awards.

“They said, ‘Okay, you spent most of your life outside of Morocco but at least you bring something to honor the family,’” he shared.

Even after years of success, Yazami remains driven by the chance of new discoveries and tells others to not shy away from unexpected solutions.

“I would advise people to dare to do things that maybe other people will tell you, ‘oh that is very crazy, it’s impossible,’” he said. “Everything is possible.”

This article was originally published in Morocco World News and written by Sonya Chechik.